Missions and Monsters is the first DLC for Fell Seal: Arbiter's Mark. It releases June 23rd, 2020 on all platforms. The DLC features a monster taming system, missions for your roster to complete, plenty of additional combat encounters, and a plethora of new equipment, abilities, and other customization options for your units.

In Missions and Monsters, many Monsters encountered throughout the game can be tamed to add to your unit roster. Unlike in the base game, monsters will have access to over 20 Variants, each of which has its own abilities, passives, and counters. A monster can have up to 2 variants equipped at once, adding a huge amount of customization to both enemy and allied monsters. In addition to gameplay customization, each variant makes visual changes to the monster, with players being able to mix and match their favorite visuals for their monsters in the Guild.

The Guild in each town now has additional functionality, with players being able to send their recruits off on Missions to solve problems across Teora. Missions take place in the background in real-time, and when completed, award participating units with various rewards such as gold, crafting materials, AP, EXP, or even new equipment. A new currency, Influence Points (IP), can be earned for completing missions, which ties into a new Guild Upgrade System. Guild Upgrades are permanent upgrades that can be applied to regions of the map. For example, an upgrade can increase the amount of AP earned in missions, increase the encounter rate of Zotzits, or provide swimming to units patrolling maps in the region.

Hunts are dangerous encounters that can be discovered through missions. The target of hunts are powerful monsters that have abilities and stats beyond the level of standard monsters encountered throughout the game. Completing a hunt is worth the challenge, however, as unique and powerful gear is rewarded for your efforts. In addition to hunts, several Large Battles have been added that allow you to field up to 9 units to take on the enemies. New maps are added as part of the DLC to support both Hunts and Large Battles, and some existing locations such as Port Grendel and Fenfjord have been given battle maps and encounters to round out the world map.

Monsters aren't the only ones receiving new customization options. 3 new human Classes are added in this DLC: The Samurai, Wrangler, and Beastmaster, each with their own unique abilities and playstyle. In addition to these classes, your units will be able to discover new Weapons, Armor, and Accessories that open up new strategies and combinations to help face the new challenges in Missions & Monsters. New visual customization options are also available, such as new hats and outfits. 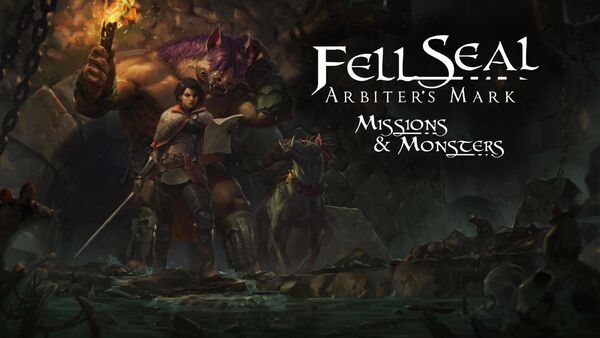